Starla Brown – His word does not return void! 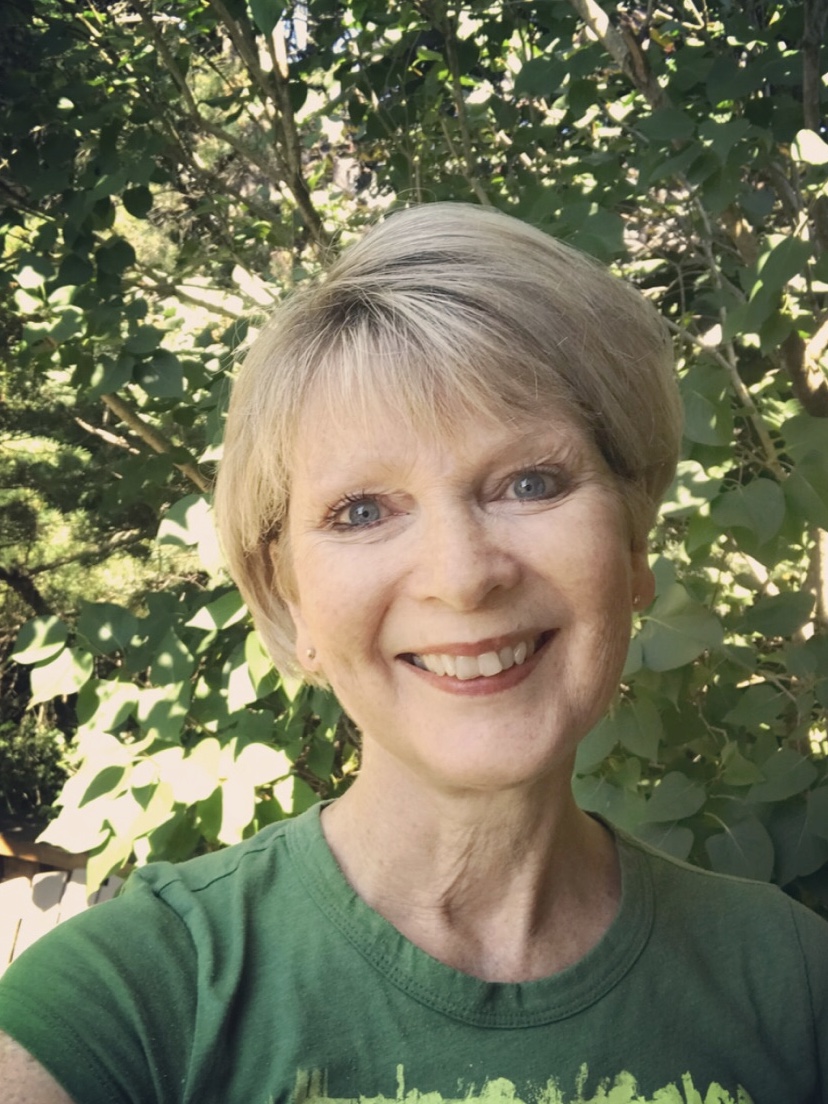 Hi! I’m Starla. I live in the great Pacific Northwest where my husband of 33 years (!) and I raised two great kids who have now given us four lively grandkiddos who are the joy of our lives!

My lettering journey really took root about three years ago at a women’s retreat where we were given time to go off by ourselves and study a passage. They had put various pens and markers around to use and I began lettering out the things that jumped out at me in the passage. By the end of the time, I had a small colorful page that had surprisingly illustrated for me one of the richest times in the Word that I had ever experienced! I was hooked and wanted more! Not long after that, I noticed that a couple of the young women in my church were doing a style of lettering that I had never seen before. I had taught myself some italic calligraphy years ago but that was pretty much the extent of my “art.” I picked their brains and learned about brush lettering and was told I needed to follow a bunch of amazing artists on Instagram who were using this style to write out scripture. As I paged through these IG accounts, I was blown away and knew I wanted to do this! 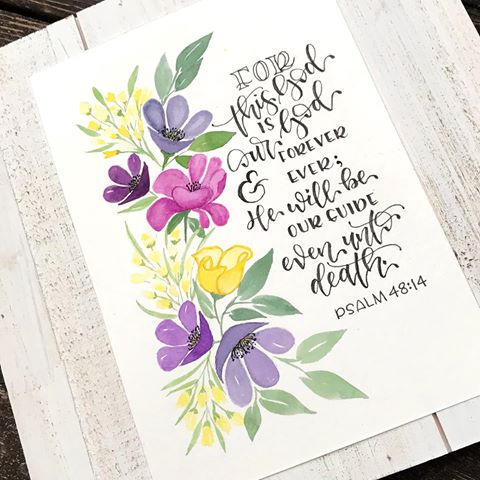 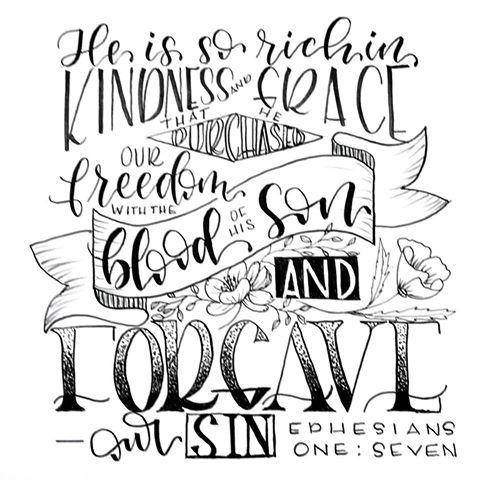 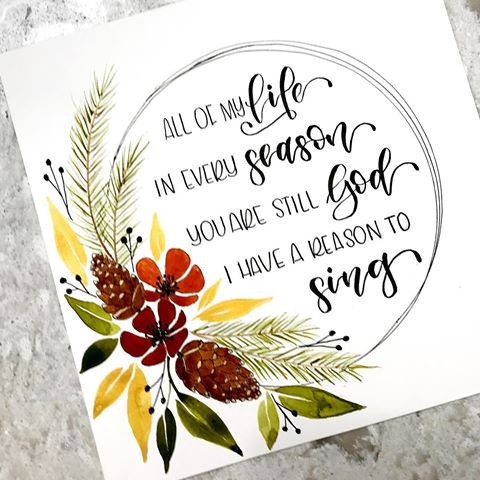 I technically began lettering in February 2016. This was following a year in which my RN husband’s career was suddenly cut short by disability and in which I became the main breadwinner. I had been contracting part time as a social worker ever since my second child was born but now I was a full time employee. Not only did I need the truth of God’s word in my mind and heart more than ever, but I also needed something that would restore me at the end
of a long day (and one that I could do and still keep my husband company in the evenings! ) Along the way I’ve taken some online classes and have been especially influenced and taught by Amanda Arneill (@amandaarneill) and Krystal Whitten (@krystalwhitten), to name just a couple who do incredible scripture lettering. I also have picked up a little watercoloring in the past year. I think of the pretty colors as me standing here, waving my arms and saying “Hey! Look here! Read this!”

My heart in my lettering is really twofold. First, the beauty of the Word written in a beautiful way, helps me to connect with it in a way that I remember so much better than only reading it.  Second, displaying God’s truth on social media has been a way to share His love in a way that is actually enjoyable for my introverted self. I began to see that people who I knew did not know Jesus yet, were reading and “liking” my posts. And we know that His word does notreturn void! I am both humbled and overjoyed to be able to serve Him in this way! 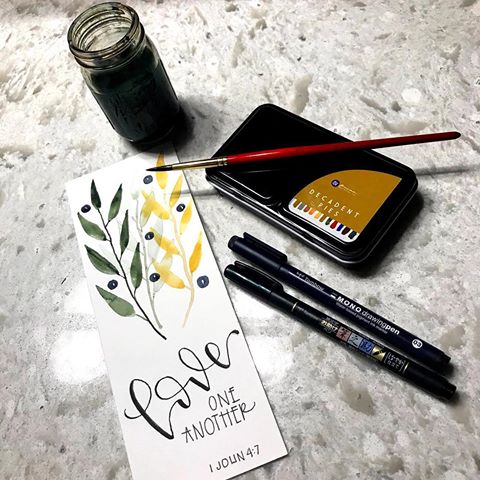 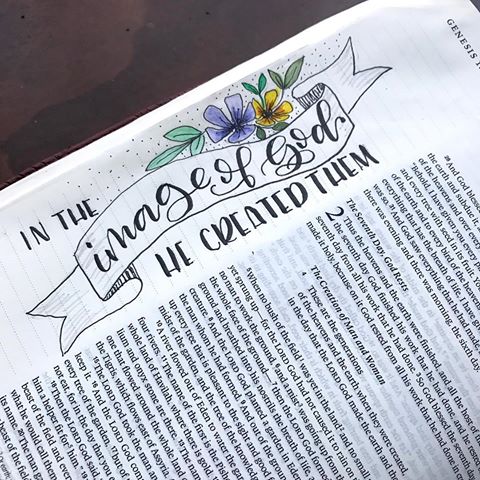 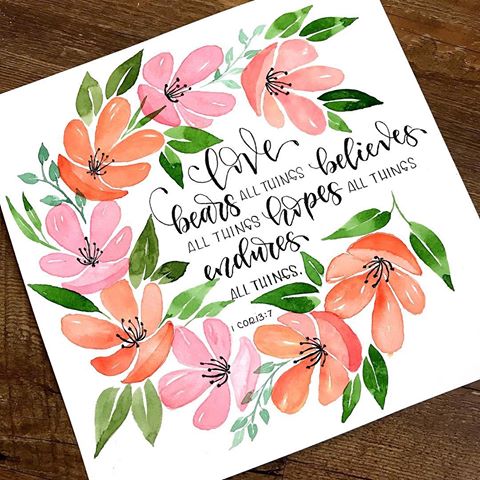 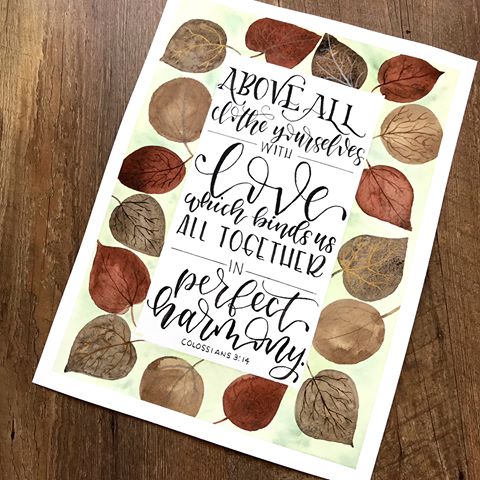 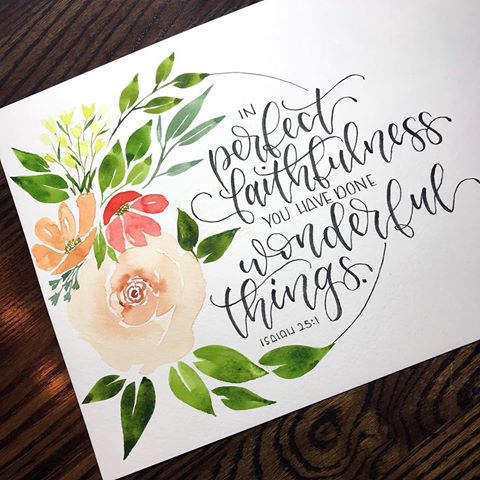 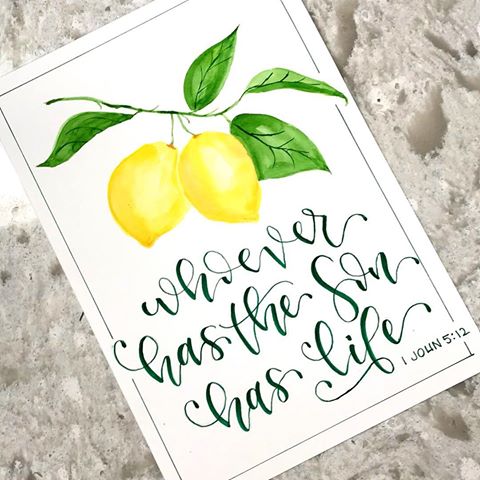 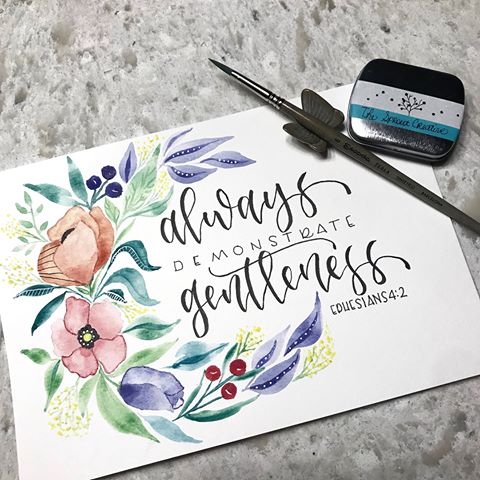 You can find me on

An Etsy shop is possibly in my future! 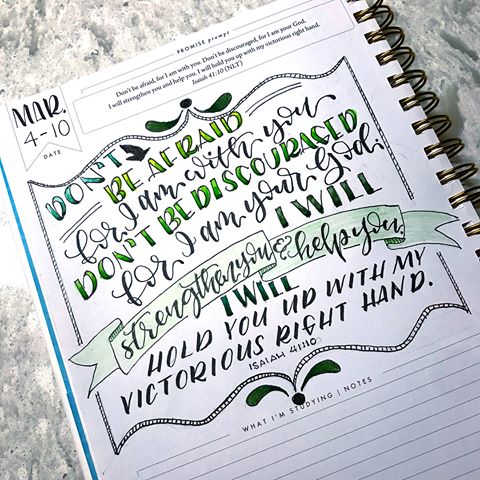